Having Fun with Dictionaries, Scrabble, and Game Theory

A rambling post about dictionaries, Scrabble, and game theory as I learn Korean.  A peek into my hobbies and friends. 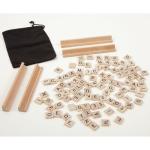 I have the sudden urge to make my own Korean version of Scrabble. Hmm, wonder if it already exists. Files away the idea in my “not learning” list of things that I want to do some day. The tactile feel of those smooth little scrabble tiles, the staring hard at letters while I searched my brain for word combinations, the linguistics I could learn as I decide what the right Korean letter combinations I should put on the tiles and how to figure point values. Oh, my brain is already cooking up ideas!

Of course, someone else has already tried creating their own Korean Scrabble. I had envisioned the tiles with two/three/four/five letter combinations that make up a syllable. Not 6 tiles for ㅎ ㅏ ㄴ ㄱ ㅡ ㄹ but two tiles 학 글. The combinatorics and game theory excite me. It would have to be played to determine workability. My very smart friends have a Game Design group where we get together to design and then test play games. (Here is an article about creating and testing original games) It is an intellectual challenge and a very interesting field of study. 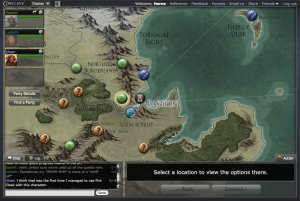 (These friends even designed a complete deck of Magic cards and released it as an April Fool’s joke. The company who makes magic cards later tried to hire Nick. Smart people my friends from Tripod. They later went on to develop the RPG Conclave.  Game play is yet another way people can connect around the world. Koreans are as passionate about games as Americans or Germans.) 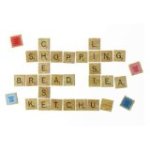 What I really want is my own designed Hangul Scrabble Fridge Magnets.    Then I could make my own crossword puzzles on the fridge every day!

On the topic of game ideas, it would probably be pretty easy to design a single player version of that game Koreans play where they say a word and the next person has to use the last syllable of the word as the first syllable of the next word they say.  A computer could happily play that with me, introducing me to new vocabulary along the way.  Learning while playing, the Julia way.  Adds to my ‘not learning’ to do list.

(Note: with more than 11,000 Korean syllables, clearly not possible to make scrabble without the use of computer.)